Confessions of a Shopaholic

Here's a still from the thoroughly awful movie "Confessions of a Shopaholic". I only post this because about a year ago I was in Manhattan while they were filming this scene right outside my hotel.

Which happened to be the St. Regis.

I can't afford the place (of course) but I was doing a work project there, so they picked up the very nice room for me.

Here's my blog post from March of last year: Today there was a movie being shot right outside my hotel. A big film crew arrived early and started setting up on 55th St. Around lunchtime I strolled over to see what was going on.

There was a small crowd of people milling around the street corner, near a hot dog vending cart, so I wandered over to check it out. I walked up next to a couple standing on the sidewalk and looked around. There was a makeup person applying some powder to what I figured was an actor a few feet away. I looked down and realized I was standing right at the end of dolly tracks, and a big Panavision 35mm camera was mounted on a dolly and pointing my way. "Excuse me sir! You need to move," a production assistant snapped at me.

"I'm sorry, I was just watching what was going on with these people," I said.

"These are all extras! They're actors! You're in the shot! You need to be across the street, please." she said, pointing to a much bigger crowd, all looking my way.

Ah! That makes sense! I muttered an apology and skulked across the street, somewhat embarrassed. So I fired off a few shots and quickly left. I don't even know yet what was being filmed, but I can always call my butler (yes, each floor of the St. Regis has a butler, who will fetch you more ice or help you dispose of a dead hooker, whichever is needed) and ask him to find out for me.

Butlers rule. Everybody should have one.

I don't know how I survived this long without one.

UPDATE: I eventully asked the concierge instead. He said the movie was "Confessions of a Shopaholic", which apparently is a Disney vehicle with a slew of well-known actors in it, none of whom I saw during the few minutes I was there. I guess I just missed Isla Fisher.
Posted by CT Bob at Wednesday, March 25, 2009 No comments:

There's something about those Canucks and the way they don't shy away from the most gruesome public service announcements. I know they're trying to do the right thing, but sometimes they go so far over the top that you think you're watching an SNL spoof commercial.

And you don't even have to feel bad for laughing, because they're all Canadian! Stuff that stupid simply doesn't happen here!

(Yes, I know some of you won't see the humor in these ridiculous videos. I think they're hysterical. What can I say? Some people get it, and some don't. No apologies.)

Here's a few of my all-time favorites:

"She Spilled My Coffee"
The classic! A clumsy waitress gets exactly what she deserves for her carelessness. And of course the guy didn't even tip her!

"Watch That Skid!"
I don't think a kevlar vest would have helped this guy. On the plus side, he'll probably get a nice workman's comp check.

"Reaching a New High"
Another clumsy one. Some people are better off being taken out of the gene pool. Sadly, this moron will probably survive long enough to reproduce.

"The Sous Chef"
Or in this case, the "Sue" chef! Get it? Cause she'll probably sue somebody! LOL! Ah, I kill me. Great scream in this one, too.

"The Interrupting Cow"
Another beaut! This gal gets what's coming when she makes the mistake of correcting a rather earnest gentleman. Watch what he does with the stapler!

Oh well...I guess I'll get used to Hell once I get there. I hear the weather's quite warm there.

Here's one I found on the prevent-it.ca website. It made me howl. I'm starting to think I should talk to someone about this. 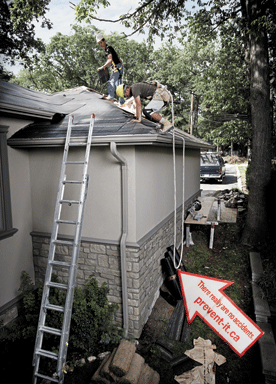 MIFF? Sure, why not?

Actually, it's the MIFC, which is the Milford Independent Film Competition, since it's more of a simple short film competition than a festival. But I'd rather get MIFFed than MIFCed, which makes no sense at all.

Now that I think of it, neither does this line of idle nonsensical speculation.

Anyway, visit the Milford Fine Arts Council (MFAC) website for details and entry forms. Submission are due by July 10th. 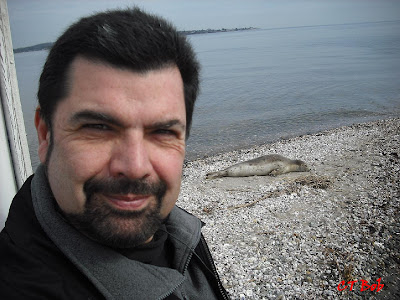 UPDATE: Joyce called a couple hours later and said she was able to get to the beach after lunch and she saw the little beast. She's very happy now. And the seal apparently is happy too, because he left the beach about an hour later to continue his migration.
Posted by CT Bob at Tuesday, March 03, 2009 No comments: