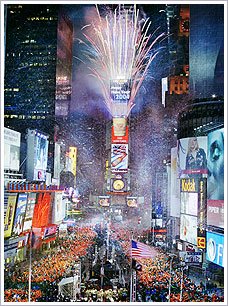 I'm thrilled to announce that for two years in a row, I've managed to not get the year wrong any time I've had to write the date. You know, like when you write a check later this month, and you'll put "05" on the date instead of "06"...well, I made it through a second consecutive year without fucking it up.

Go ahead and laugh...I guarantee you'll think of me the first time you screw up the date. THEN we'll see who laughs...Ah-ha-ha-ha!

Other news...I decided that my next project is going to be a documentary about glass art, specifically marble making. My friend Harry Kravet (Harry's Web Site) is the artist, and we're talking about maybe making an instructional DVD about marbles.

That we can sell. And make money. Hopefully. 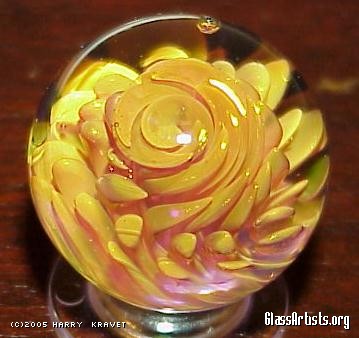 This is one of Harry's creations. Cool, huh?

Anyway, I'm sure it'll be fun, and Anthony is interested in the project too. We'll start pre-production sometime later this month. Although technically speaking, we're already IN pre-, since we're discussing the project, and I've already been researching the subject. But for the sake of argument, I'll consider it officially pre- when we all sit down and hash out an outline and detail our objectives.

Not that any of that really matters. I'm just killing some time before we go to a New Year's Day party...yes, that's New Year's DAY. We did the big thing in downtown Milford last night, capped by fireworks at midnight and another 2 hours partying with friends at their downtown apartment. Today is a yearly New Year's DAY party...it's always fun to see who's got the hangovers.