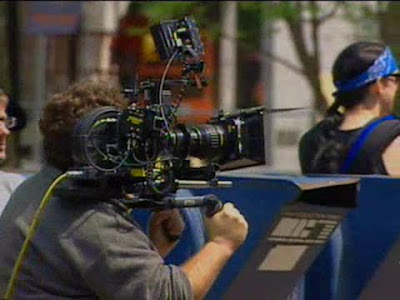 Before the project ever got off the ground, it ended up in court.

BRIDGEPORT — A former state Democratic Party chairman, once a lawyer for the team chosen to redevelop the former Army engine plant in Stratford, testified Wednesday that federal officials refused to close on the deal unless one of the team's partners was barred from remaining active in the project.

Edward Marcus, who had been a lawyer for Hollywood East/Area 51, LLC, until a bitter internal fight for control erupted in May, was allowed to testify in Superior Court over vehement objections from lawyers representing the partner in question, Hector Natera, and his brother Ed.

They have filed a lawsuit seeking to oust Allen Christopher as president and CEO of Hollywood East, which was selected in March after a bidding competition conducted by the federal General Services Administration. The team plans to redevelop the 78-acre property bordering the Housatonic River into a multi-faceted production complex for movies and other entertainment ventures.

Sadly, this power struggle is endangering the entire project and may cause it to be delayed indefinitely.

Hollywood East/Area 51 might go the way of the doomed Utopia Studios project unless a settlement can be quickly reached.
Posted by CT Bob at Thursday, June 19, 2008