Directed by James "Jim" W. Hawk (IMDB listing), and filmed by Tristan Douglas (whose mom Maria was in charge of wardrobe and props), I also did double duty on the film, helping with lighting. 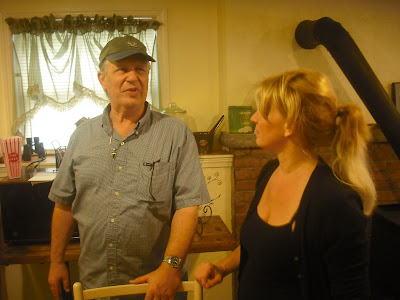 Jim and Maria discuss set dressing and wardrobe for a scene. 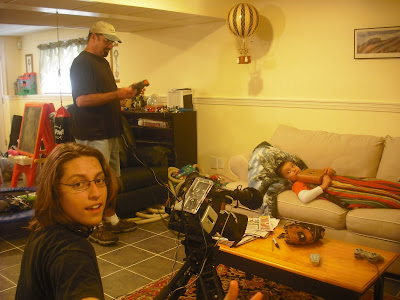 Tristan positions the camera for a low angle shot. We obviously filmed on location, which was the actor's home in this case. 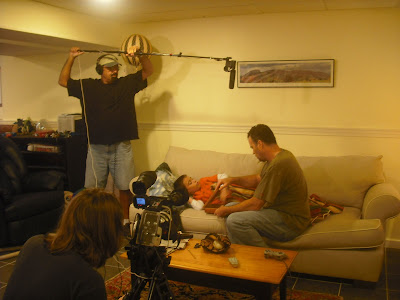 Me, with my super-awesome boom set up. 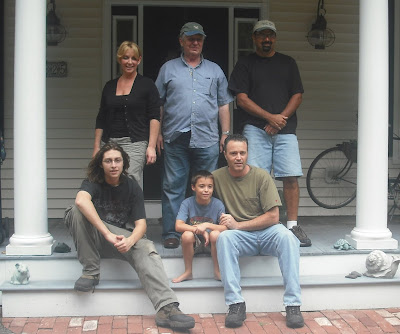 Cast and crew after successfully wrapping all the scenes with dialog. The next day the rest of the crew shot exteriors MOS, so I was wrapped for the project.

I'd gotten a voice mail while we were shooting about another project, which will be a short film in early September. So I'm keeping busy.
Posted by CT Bob at Friday, August 27, 2010