Worked on a short film last weekend, "Lover's Leap". The two days were scheduled as night shoots, so the first night we got to the location around 6PM, and I expected us to be there at least until midnight.

Silly me, thinking I'd actually get home before dawn! 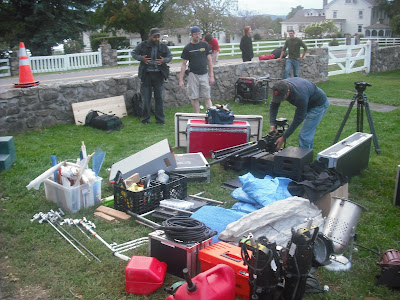 Grip & Electric gear spread out during preparation for the shoot. 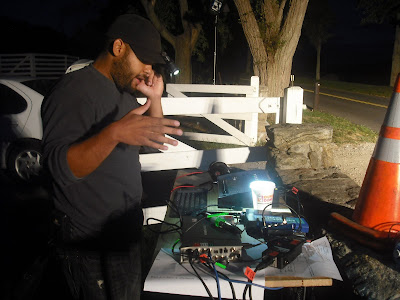 Sound mixer and producer Josue Saldana at the sound cart. I worked as boom operator. Predictably, there were some minor equipment issues both nights, which made for an interesting exercise in dealing with problems. Location shoots are special that way. 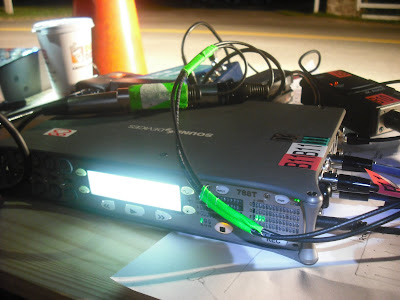 Josh had great sound hardware on his cart for us to work with. This is a Sound Devices 788T digital recorder, absolutely top of the line model. 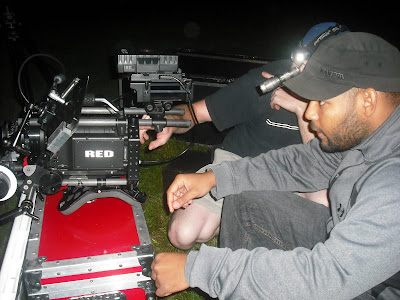 Josh also was involved in procuring a Red One camera for the shoot. The Red cameras are totally amazing, and often provide a better-than-film look. 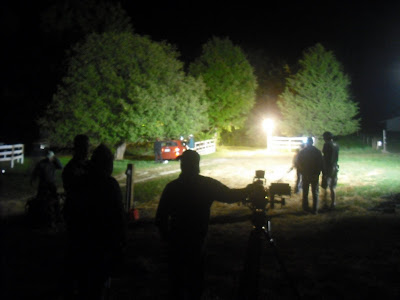 The clear air in the hills around Candlewood Lake cooled down quickly after sunset, making it a chilly evening for the cast and crew. There were issues with the generators making noise that hindered us sound dogs, but we captured the sound that was needed. Several times I mic'd from inside a car; once with five of us and a camera in a less-than-spacious sedan. Fun, except for the leg cramps.

The sky was just starting to show signs of dawn when I finally got home. More photos soon from the second night of the shoot.

what did we learn about the red in fitp bob!

Are you talking about the sound? They fixed that sound input issue; the Red now accepts all sorts of inputs. We were running an XLR to the camera during the shoot.