Last night Ant and me helped out Lori ("Grandma's Kitchen") tape an intro to her DVD. We taped Lori in front of the studio's green screen. Lori is pitching the DVD on Monday, so we had to throw this together in a big hurry. 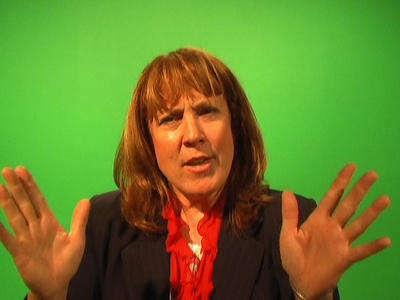 This was the first time I used the studio light board; it was fun aiming the lights and adjusting the intensity of each for best effect. Plus, we tried using my new wireless mic set, but a 60-cycle buzz messed up all our takes, so finally in desperation we used the on-camera mic. I think we need to use better shielded cables, rather than the cheap Radio Shack crap I have. Especially since there's loads of lighting and sound cables running all over the studio. I'll look into it.

After I got home I loaded the footage into Pinnacle. Then I color-corrected, overlayed a bunch of cool pictures behind Lori, and transferred it back to tape. Lori stopped by today and picked up the tape, then she's going to include it as an intro to the sample DVD she's pitching to an association that may buy hundreds (maybe thousands) of copies. Which is cool, but she's got to get it put together real soon. Like, by Monday. Busy frickin' week! 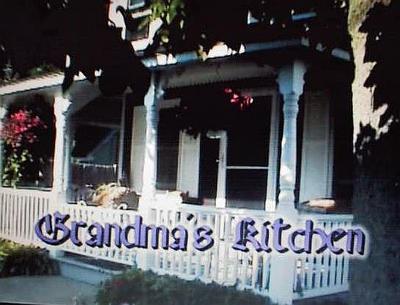 And Monday is also the WORLD PREMIERE of "Grandma's Kitchen"! Watch it on Cablevision channel 77, Monday 7:00PM, starting October 3rd. We're going to have a premiere party at my house, since Lori and many of her guest chefs don't live in the local Cablevision broadcast area (you need to live in Milford, Orange, Woodbridge, Bridgeport, Stratford, or Fairfield to see it). 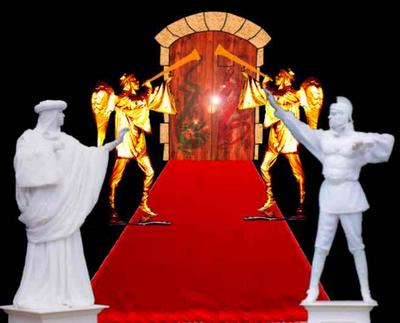 We're really rolling out the red carpet for the debut. I'll tape the arrival of the stars, and Joyce will work the red carpet and comment on our guests' evening wear. And maybe, just maybe...we'll serve those cute lil' cocktail weenies! Wow, what a soiree!!! (did I spell that right?)

Tune in, and bring your appetite!
Posted by CT Bob at Wednesday, September 28, 2005