Interesting biopic about Harvey Pekar, author and star of the comic with the same name as the movie.

Paul Giamatti's intense portrayal of "everyman" Pekar is both fascinating and disturbing. I'm a huge fan of Giamatti's; he brings a brooding desperation to the role. You can actually feel the frustration and hopelessness of Pekar's life. 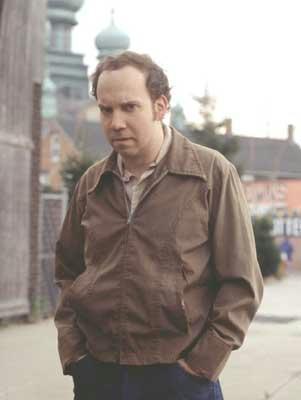 Pekar found salvation by writing a comic about his everyday life. The movie is narrated by Pekar himself, with overlays of animation and cutaways to real interviews with Pekar. I felt these interludes were a bit distracting, but overall the effect was helpful in the telling of his story.

Snippets of the comic were acted out, then shown in the drawn form. Classic bits like Pekar catching a glimpse of himself in the mirror and thinking to himself, "Now there's a reliable disappointment" captured the man's outlook perfectly.

What I took from this story is the realization that there is real poetry and humor in even the most mundane human interactions, if you look at it with the right attitude. That's the true wisdom in this portrayal.

I've heard of this movie! I'm going to see if Netflix has it..

Hey! Where are you!?

Sorry, was on vacation from the 20th-28th...just got back. Check out my other blog for details.

Yeah, I thought I talked about my sailing blog a bunch of times here; at the very least I have a link on the right column to it.

The "Full Tilt" blog with get slower as we get into Autumn, and this one will pick up. Stay tuned!