Today the second episode of Grandma's Kitchen was broadcast on Cablevision. It was the episode about the homemade jam, with a Swing 39 song at the end. Fine entertainment for the whole family! 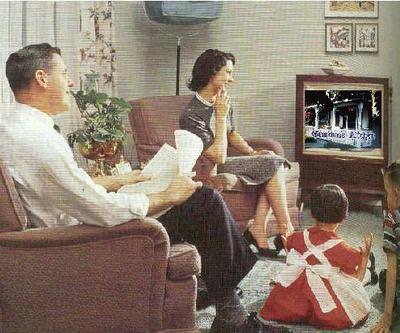 By the way, the original image on the TV screen in the picture above was from "Kukla, Fran & Ollie", a show I remember from my early childhood. God, I'm old.

Hey, it's baseball time! I've been watching the playoffs on FOX, and I noticed something that is annoying the hell outta me. When they show the pitcher dealing to the batter, and the view is over the pitcher's shoulder showing home plate and the stands, usually you can see one of those changing billboards on the fence by the stands. Normally, they roll the adverts by every few moments, so that there's often a new ad in view when the next batter is up. 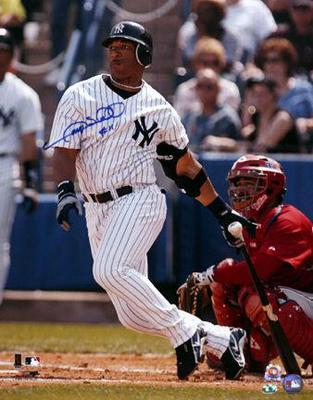 Well, they've started putting up a plain green screen there so the production people can use chromakey to insert different ads in the space. It's probably much less expensive than actually physically creating the signs, just as it's cheaper to build a Death Star at the Industrial Light & Magic special effects department rather than constructing a real one in space.

That being said, while watching the game I noticed that every time they showed the fake ads, they were jittering slightly around within the boarders of the green screen. Because the camera viewing the action is using a high powered zoom lens to show the pitcher and batter, and at that range the camera jiggles. But the chromakeyed image is steady, so it tends to look as if it's shaking around it's little area.

Which is SO distracting I find myself watching the fake ads more than the pitcher and batter. I think it annoys me mostly because it's like the network is trying to fool us with their crappy special effects. It's almost like they think we're too stupid to notice what's going on and they're putting one over on us.

Please, all sports networks, listen to me: stop with the bullshit effects. I've learned to accept the stupid yellow 1st down line on NFL broadcasts, but can we just call a truce at that point? Because, it's getting a bit silly. 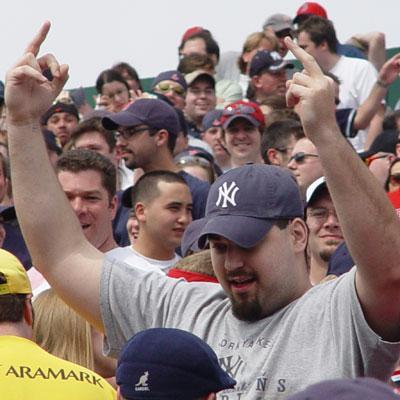 I just wanna watch a game without all your bullshit dimestore bells & whistles. Is that asking too much?
Posted by CT Bob at Monday, October 10, 2005

But what about the highligted puck in hockey?

Or the highlighted ping pong ball?

I thank the networks for the yellow line during football games. I just wish they magically appeared during my son's games.

Jiggling ads don't bug me as much as the baseball players constantly grabbing or scratching their crotches. Oh, and they're always spitting.

You can see from my blog that things are picking up again on the creative side, after a long summer of fun and thrills on my boat. We're ramping up to finish our movie, start a TV show on public access, and start another movie.

And as far as grabbing their crotches, baseball is one of the few places you can get away with that kind of behaviour (outside of a Michael Jackson music video!)

Hiya Lad,do you ever watch a game of football,i think you's call it soccer,the USA shocked us that they had a world class football team,and they could play top class fotball,but still not good enough(neither are we)