I've made a concerted effort to leave my personal politics out of this blog, since this is more or less a filmmaking journal, but in light of the indictments against Lewis "Scooter" Libby, I want to mention one of my favorite people on the internet, Jane Hamsher.

I've brought her up on this blog before, but she bears mentioning again; Jane wrote a book called "Killer Instinct", about her experiences in Hollywood and her adventures with Oliver Stone as the producer of "Natural Born Killers". It's absolutely the best and most revealing book about Hollywood that I've ever read. GO BUY IT! Or steal it. Just read it. It's that good. 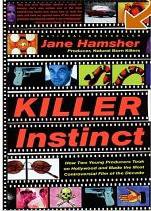 Jane is currently retired from Hollywood, but she puts her razor sharp intellect and keen analytical skills to good use to dissect and explain the political complexities of the Bush administration and the CIA leak scandal on her blog, firedoglake.

firedoglake is one of thousands of blogs that comment daily on politics, but it stands out as one of the most carefully researched and intelligent sites on the net. Not to mention the dozens of regulars who post there daily...these people are amazing. I used to think I was sort of smart until I started reading their comments. Oh, man! Compared to them, I feel like an audience member at a taping of "Jeopardy"; I can follow what's going on, but I'd never be able to keep up with the guys standing on the stage! :-) 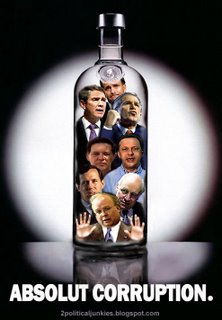 Jane also has something most political commentators lack; a wicked sense of humor. Along with ReddHedd, who lately shares the article posting duties, they are both very funny. It makes it more palatable when reading about the reprehensible actions performed by the highest officials in our government. Jane kicks serious ass!

And what's with a grown man with an important White House job going by the nickname "Scooter", anyway? Gee, are Wally and the Beaver also on the staff? Where's Eddie Haskell?

Anyway, I just needed to say that; now, back to my regularly scheduled blog!