So I did go and see David Lynch speak at the Battell Chapel on the Yale Campus last Friday. It was an interesting experience. And free, which is cool. The lecture was supposed to have Lynch speak and answer questions about his movies, then John Hagelin, Ph.D spoke about the benefits of TM, and after a demonstration using a Yale student hooked up to an EEG to show his brain functions during and after meditating Lynch returned to take more questions. Obviously, this was a bribe to keep people there for the researcher's presentations. 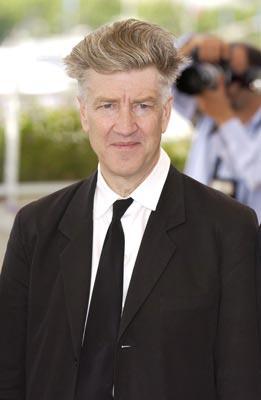 After a long introduction by a Yale spokesman, Lynch strode to the lecturn. I sat about 20 feet to his left, in one of the side pews, so I got an unblocked view of the man. The first thing you notice about him is his manner; black suit and tie against a crisp white shirt, his hair in it's trademark coiff, and his deliberate movements.

Then he spoke. He's a fairly reclusive and shy man, and his nasally mid-western twang is very distinctive. When asked questions about his movies he often lapsed into a TM pitch, and even lost his train of thought on occasion while meandering around with his answers. I understand that he's very interested in spreading the word about transcendental meditation, but I think he should have given more than basic lip service to his answers.

Later, when he returned for the second round of questions, he seemed to take more interest in his answers. He spoke of the creative process, and related instances of how he develops his ideas. Quite a few audience members seemed to have questions related to meditation and to these he obviously paid close attention. I was sorely tempted to ask a question, but it would have been something stupid, like "David, do you plan on putting any dancing midgets in your new movie?", which probably would have gotten me dragged into the streets and flogged by the snooty Yale crowd.

EDIT: One interesting thing Lynch discussed was how he shoots only on digital video these days; no more film for him. He stated that it allows you tremendous control over how the finished movie will look, and you can shoot as much of it as you want, because of it's low cost. Cool!

Overall it was an interesting evening. I may look into TM sometime, so I guess the talk was effective. I'd sure like to be as creative as David Lynch; maybe TM could help. The added benefit of achieving world peace and unity is probably a good thing, too.

The David Lynch Foundation has info on TM and its benefits.
Posted by CT Bob at Monday, October 03, 2005

That's got to be a wig,if that was gell'd it would wobble like a jelly?

No, that's his real hair all right, but I heard he had it epoxied(*) into place.

* epoxy = glue-like stuff (in case you never heard of it over there in the U.K.)