The Amazing History of Computers (Redux)

UPDATE: Apparently my Blogger server has been acting squirrely, so I apologize for the multiple posts that appeared today. I deleted them and retyped my post. And I added something cool at the end.

Nah, not really. But there's plenty of geeky type stuff below.

About 25 years ago I got my first grownup-type job, and I was an earnest young computer tech. These days, I'm a tired old computer tech, but that's besides the point. I recently found a cool website called DigiBarn, which is a sort of computer museum.

The DigiBarn website has photos of antique computers, mostly from the '70's and '80's. Here's some of the ones I worked on more than 20 years ago: 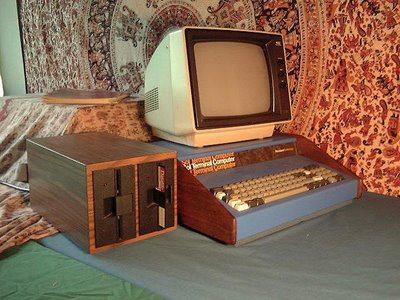 The Sol 20 was one of the first "true" fully packaged personal computers. Note the wooden sides made of fine walnut. And the dual 5-1/4" floppies were AWESOME! Single-sided 180 kilobytes of raw data, times TWO! 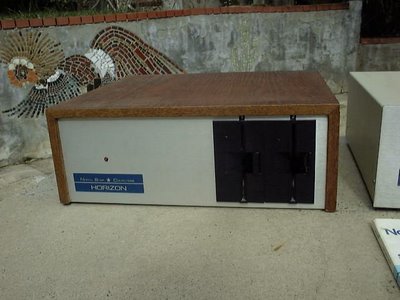 The NorthStar Horizon was another computer that had wood in it's case, like a 1950's television. They ran MegaBasic, which to this day I don't know anything about. NorthStar was one of the earliest computer companies to use Novell networking to connect it's later PCs. 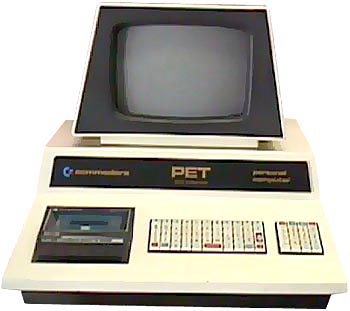 The Commodore 2001 PET was another early networked computer. We used Corvus networking, which I'm pretty sure is defunct these days. Check out that snazzy data cassette drive BUILT RIGHT INTO THE COMPUTER! WOW!!! 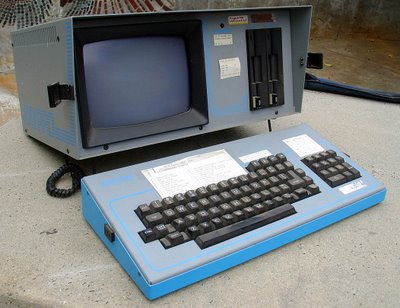 Finally, an early notebook computer. Well, more of a portable computer. Meaning you can pack it up and carry it like a suitcase full of bricks. Lead bricks. The kind of lead bricks that Superman's X-Ray vision wouldn't have a CHANCE of penetrating. The Kaypro was a very successful computer, actually.

Or if I'm completely out of blog ideas.

And for something cool, check out The Amish Laptop.
Posted by CT Bob at Friday, March 17, 2006