The new camera is in!

I just received the brand spankin' new Canon GL-2, and used it on the evening of the "Blog Wars" screening we had. Click the link to see the details of the event.

Blog Wars airs on American television on the Sundance Channel on Dec. 28th at 10PM and on Dec. 30th at 7PM. The BBC will broadcast the show sometime in January, probably. Our friends in the UK can watch the Brook Lapping website for details. 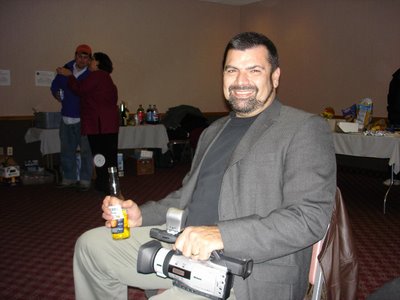 (Photo by Caffeinated Geek Girl)
I haven't downloaded the video yet, and judging from how many warning lights were flashing on the LCD display while I was shooting, I probably had all the settings wrong and the output will look like crap.

Anyway, now that I've got the new camera, I can't wait to use it to annoy Joe Lieberman and other politicians who routinely betray the public trust.

And if I have time, I'll also make cool videos like this:


(Disclaimer: No bulls were harmed in the making of this video; but one of 'em got really pissed off about it!)
Posted by CT Bob at Thursday, December 21, 2006 No comments:

Today I received my screener's copy of "Blog Wars".

But boy, we bloggers need to do something about our potty mouths! (Tim and Keith!)

We're going to schedule a public screening next Tuesday so anyone who was involved in or simply followed the campaign can see it before it airs on "The Sundance Channel", on December 28th and rerun on the 30th. Details below. 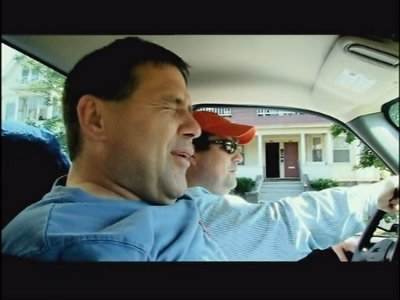 CT Keith is the undeniable star of the show, and deservedly so. 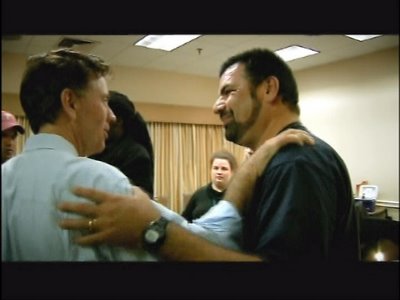 There's no shortage of Connecticut Bob, either; I can't tell you how fucking relieved I am that they didn't use the majority of footage that shows me looking silly.

And there was a LOT of it! 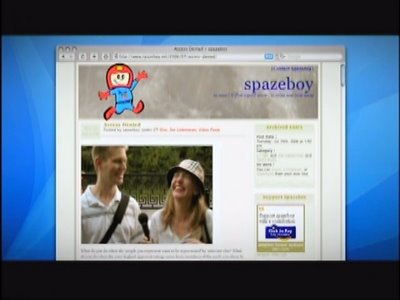 You get to see Spazeboy's hair change colors repeatedly in the course of sixty minutes! 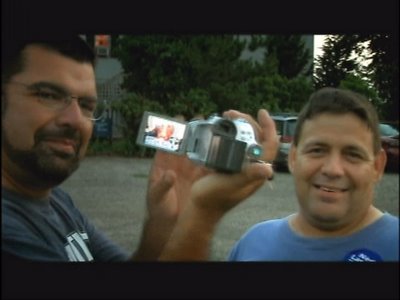 Here's how YOU can attend the special, RSVP-only screening of "Blog Wars":

RSVP Required for admittance. You may bring friends, but you have to list them. Email me at:

to get on the list; the room is limited to 100 people, and there are a lot of people who want to see this, so sign up and get there early to guarantee admittance.

Directions: I-95 North or South to Milford Exit 39A - stay right, hotel driveway on right. The "Harbor Room" is in the 2nd Building, ground floor.

This has been a real busy year for me, so I didn't have a lot of time to see all the movies I wanted to, but I did manage to catch a few. Here's my list of the five movies that I liked the most this year, in no particular order:

Baghdad ER - A harrowing documentary about the efforts of military surgeons in the Green Zone trying to keep people from dying. Brutal, but necessary.

An Inconvenient Truth - Al Gore examines the inevitability of global consequences to an out of control species (humans). It's time to clean our own house.

Scoop - Woody Allen's movie (and I'm not much of a fan of his work these days) starring Scarlett Johansson, Hugh Jackman, and Woodrow. What can I say? I'm a regular guy. I lust for Scarlett. So sue me.

Little Miss Sunshine - A quirky "road movie", with a great cast. Not a home run, but ultimately a fine story well-told.

The Departed - Scorcese missed on this attempt. Better than "Gangs of New York", but not in "Goodfellas" neighborhood.

Clerks II - Yes, I'm a Kevin Smith fan. Reasonable follow-up 10 years later, even though the "donkey scene" was too long. Rosario Dawson dancing more than made up for it. Dante and Randal still have great slacker dialogue. A slew of cameos from Kevin's friends.

My Super Ex-Girlfriend - Fun comic-book concept, but a weak script and awful cast ruined it. Uma Thurman is getting too old for this stuff. Maybe it's time she starts looking for some Meryl Streep-type roles.

And the most anticipated movie of the year:

BLOG WARS - Yes, that's me in that image. This is the BBC/Sundance Channel production about the bloggers involved in Ned Lamont's campaign this year. Premieres on December 28th at 10PM on the Sundance Channel, with a repeat on December 30th at 7PM. It will be broadcast in the UK sometime early next year. Click here to see the Sundance Channel's description.
Posted by CT Bob at Friday, December 08, 2006 2 comments:

This was a fun little experiment.

Last week we had the roof replaced on our house. The boys did a fantastic job, and it came out great. Here's the house with the brand new roof: 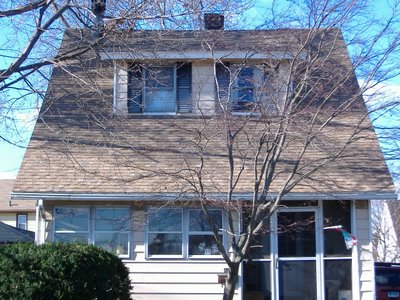 While they were tearing off the old shingles, I set my camera up on a tripod across the street and taped them for an hour. Then I took the video, speeded it up about 100 times, set it to some rippin' rock & roll music, and now you can see how it looks here. Enjoy!