300 - "SPARTAAAA!" OK, look, it's just silly. A comic book movie. There's nothing new or remotely inspiring about this green-screened movie, shot entirely on location in a Montreal studio. But if you watch it with the RiffTrax commentary by Mike Nelson of MST3K fame, it's kind of entertaining. 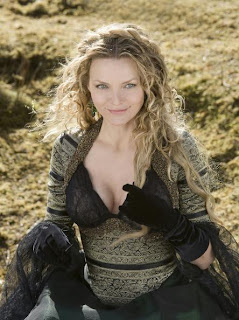 Stardust - Decent enough fantasy from the imagination of Neil Gaiman, who also wrote "American Gods", which I really enjoyed. Robert De Niro does a turn as a flamboyant pirate, but Johnny Depp is better at it. Plus, Michelle Pfeiffer is in it as an evil witch desperate to recapture her youth. She's a WILF.

Into the Wild - Slightly fictionalized but entertaining account of a rebellious college graduate who defies...everything...to get back to...something. Then he starves to death in the Alaskan wilderness. What a dumbass. 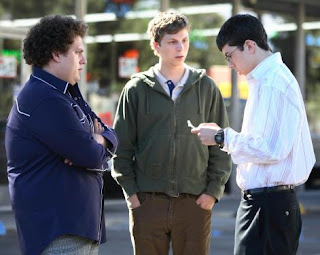 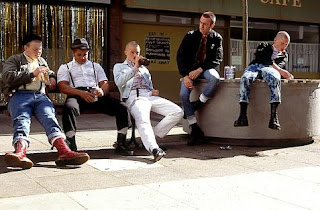 This is England - The writer-director's turbulent childhood, set in Margaret Thatcher's England during the Falklands War. Raw and touching at times, definitely worth a viewing. The skinhead guy reminds me of a young British Bruno Kirby. 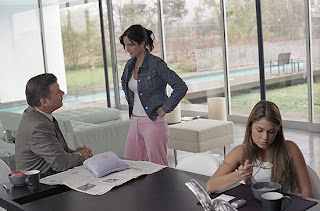 Mini's First Time - Amusing little comic crime-thriller, with Alec Baldwin and a very sexy Nikki Reed, along with boozy mom Carrie-Anne Moss, makes this a fun flick. Jeff Goldblum is in it, too. I can totally see these people all living in the same Beverly Hills neighborhood. And killing each other.

Death at a Funeral - English farce. With stiffs. 'nuff said.

Evening - Zzzzzzzz...what on Earth possessed me to watch this boring-assed chick flick? I could have spent the time better by punching myself in the head with a waffle iron. More entertaining, too.

Movies I'm going to watch soon and might discuss here: