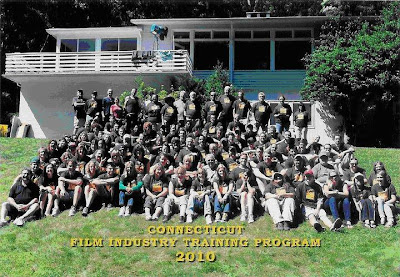 This is the course I took last year.
Read about my four-week experience HERE.

$10 FEE PAYMENT AND SUBMISSION OF THE ONLINE APPLICATION MUST BE COMPLETED PRIOR TO 5:00PM, WEDNESDAY, JUNE 1, 2011. DIRECT LINK TO APPLICATION.

www.ctfilmworkforce.com
FOR COMPLETE INFORMATION AND ONLINE APPLICATION
Posted by CT Bob at Friday, April 29, 2011 No comments:

I guess director David Lynch is selling coffee products now. And one of the benefits of being a filmmaker is that you can create your own commercials.

Of course, being David, he wouldn't simply make a 30-second spot that you'd see while watching a rerun of "Two and a Half Men".

No, he'd do something along the lines of a bizarre 4-minute conversation with a Barbie doll, shot in extreme close-up.

So here's his funny and slightly off-putting ad for his weird coffee.

"Is it fairly traded?"

Some movies I watched recently

These aren't exactly movie reviews. It's more like some thoughts I have on particular films I've watched in the last few weeks.

Some spoilers below, so if you haven't seen the movie in the title, show some discipline and read no further. I know you can do it. 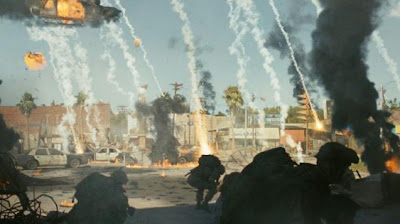 "Battle: Los Angeles" (2011) - it's like "Independence Day", only played absolutely straight. What a "war of the worlds" might actually look like if the producers weren't committed to making enjoyable family fare or to remaining factually true to an H.G. Welles novel from over a hundred years ago.

The invasion would start like this, with news coverage. Then it would be a conventional military operation, not too unlike what we're doing now in certain countries, but even moreso.

"The Rite" (2011) - I love Anthony Hopkins. I'll watch him in an infomercial if need be. So I sat through this movie, despite it's obvious plot defects and at times silly dialog. I mean, how dense does that young idiot need to be to prove he's skeptical? Anyway, for an exorcist movie, it was rather tepid.

"Wonder Boys" (2000) - I stumbled on this gem recently and found it worthy of a viewing. Michael Douglas and Toby McGuire had a good turn in this film, and supporting actors Robert Downey Jr., Francis McDormand and a wonderfully non-Scientology indoctrinated (yet) Katie Holmes rounded out a superb cast.

Kind of a "Dead Poets Society" meets "History Boys" with a bit of "My Own Private Idaho" and "Rushmore" thrown in. (Don't ya hate it when people combine movie concepts when trying to describe a flick and it only confuses you MORE?) 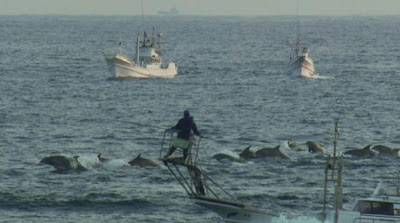 "The Cove" (2009) - I didn't want to watch this film because I wanted to continue to feel empathy for the Japanese people after the tsunami, but I felt I had to. The film is a documentary about the secret dolphin slaughter that occurs in a tiny, hidden cove in Japan.

Boy, those pesky dolphin-murderers are a bunch of rascally scamps if you ask me! (you can replace a lot of those words with "assh*les", "f*ckers", and "murderous sonsabitches who deserve bad things to happen to them".)

Look, I know all of Japan isn't The Cove, but if everyone in that business suddenly developed terminal bleeding pustules, I wouldn't feel the least bit bad for them. I feel bad for the rest of Japan, but not those cruel shitbags. 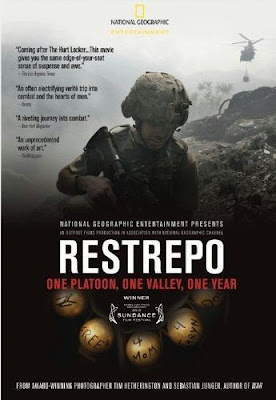 "Restrepo" 2010 - A documentary of the war in Afghanistan, directed by Tim Hetherington and Sebastian Junger. Hetherington was recently killed while filming in Libya.

This film should be required viewing by all our Congressmen, who will be voting on whether to stay in Afghanistan or not.

Because, despite all the optimistic rhetoric coming from the White House, this is absolutely another Vietnam. It's been almost 10 years since we've invaded. The same amount of time the Soviet Union spent trying to "win".
Posted by CT Bob at Friday, April 22, 2011 1 comment: 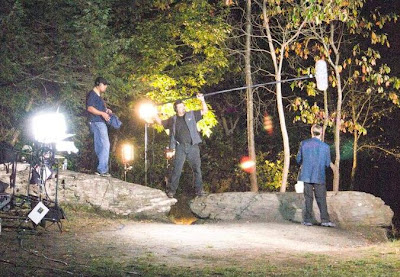 (Me, standing precariously while booming a scene from "Lover's Leap" (2011))
Two pieces of awesome news!

1) the 2011 CT Film Industry Training Program WILL BE HELD. There was a lot of concern that funding for the program wouldn't be available, but at the eleventh hour the powers that be managed to put it all together, and the program will run again in June.

I've already applied for this year's course, and with a little luck, I'll be accepted into the Camera program.

2) last year's FITP movie, "TO DYE FOR", is finally going to premiere!

Jaki's Buzz billboard is up! 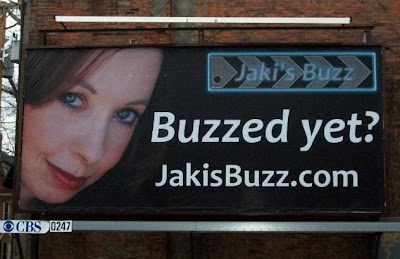 A new billboard for the web TV show I've been working for just went up in New Haven!

If you drive by the corner of Whitney and Trumbull St, it's just on the east side of Whitney. Take a look if you're there, and be sure to visit JakisBuzz.com to see online episodes of the new talk/entertainment show!
Posted by CT Bob at Wednesday, April 13, 2011 No comments: