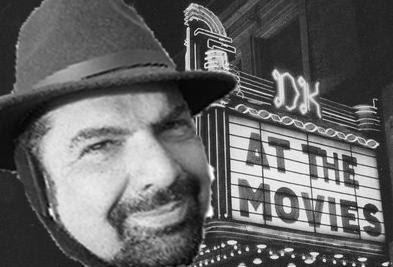 Here I go again with quick reviews of movies I've watched recently. A few spoilers, so don't read the review if you give a crap about spoilers.

Whatever Works (2009) - A Woody Allen flick. "Whatever Sucks" is more like it. Or, "Curb Your Enjoyment". Because Larry David stars in it, see?

Paranormal Activity (2007) - Made over 100 mill so far. And it cost only 11 grand to make? Now I want to kill myself in the most horrific way possible.

Assassination of a High School President (2008) - I see what they did there. And it sucked.

Mysterious Skin (2004) - One of those flicks that stays with you for a long time. Hard to sit through, but absolutely memorable. The creep factor is WAY off the scale on this one. A very brave movie to make.

What We Do Is Secret (2007) - Great punk biopic about Darby Crash and the short-lived band "The Germs".

The History Boys (2006) - The "I Wish-They-Were-Dead Poet's Society" would be more appropriate.

Next (2007) - Can someone just kill Nicholas Cage already? What the fuck are you waiting for?

Bad Lieutenant: Port of Call New Orleans (2009)- Speaking of Nick Cage, I guess when someone is supposed to act like they have a back injury, they should strive to look exactly like the Hunchback of Notre Dame. Because you can't actually portray pain through expressions; you need to skew your shoulders like a CP victim.

Fairuza Balk is still very sexy; sort of like a wet dream, only scary. She's a wet nightmare! And sorry about the spoiler, but what's with the happy ending? Didn't anyone see the FIRST one? Christ, not only did Harvey Keitel die, but by the end everyone was looking forward to it! For some reason, they have Cage's character find some salvation, however dubious it may be.

Shelter Island (2004) - Ally Sheedy, Patsy Kensit, Stephen Baldwin, and Chris Penn (RIP) in a tepid semi-thriller where everyone dies except the guilty party, who lives happily ever after. I love a good non-Hollywood ending, even in a so-so movie. Oh, and another spoiler; the moment Chris Penn died made me laugh like hell! (not in real life, in the movie...in real life it was sad to see the dude who played "Nice Guy Eddie" croak so young)
Posted by CT Bob at Sunday, December 20, 2009 2 comments: