I haven't posted anything here in a while, so here's a list of movies I've seen recently. In chronological order of me watching them, along with my usual massively brilliant observations: 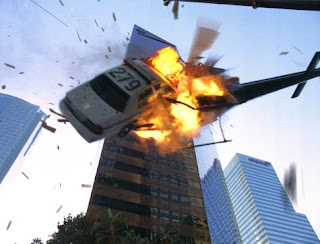 Live Free or Die Hard - Exactly what I expected. I do have to say that I'm getting a little tired of the overdone CGI in movies these days. I used to be impressed by regular stunts and pyrotechnics. These days the action is so amazingly unlikely that it takes me right out of the story. I remember being far more impressed by the stunts in Die Hard (I) and Lethal Weapon (I), before all that computer generated stuff became popular.

Wind Chill - Luke-cool horror flick with Emily Blunt...not very scary. But I got to see it for free.

London (2005) - Twenty-somethings getting overly dramatic about nothing much; an absurd amount of "nose candy" was portrayed being used...somebody should clue the writers in to the fact that the '70's have been over for a few decades now. 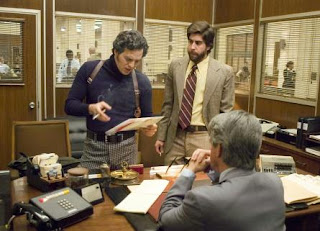 Reign Over Me - Adam Sandler and Don Cheadle in a post 9/11 drama. So so. But probably better than "Chuck and Larry", Sandler's latest "movie".

Grindhouse - QT's love letter to the exploitation genre of the '70s. Fun ride, but I wonder when he'll finally come up with an original concept for one of his movies.

Visitor Q (Bijitâ Q) (2001) - While quite unique and interesting, this is one of those films that I sort of wish I could un-watch. Some scenes were so horrific that I started feeling sorry for the actors. Very twisted Japanese movie.

Knocked Up - Somewhat funny and surprisingly sweet Hollywood product. Katherine Heigl reminds me a bit of Charleze Theron, only not so "Monster"-ish.

"Two-fer" Movies: These are similarly themed and/or made by the same director that benefit from being watched together. It's a nice way to spend a rainy Sunday afternoon.

Before Sunrise and Before Sunset - 9 years apart look at a young man and woman who meet each other in Europe for one night/day only. Especially effective if viewed in tandem. Julie Delpy and Ethan Hawke star in this character-driven story.

Henry Fool and Faye Grim - Another pair of films that are best seen back to back. Thomas Jay Ryan, James Urbaniak, and Parker Posey star in this off-beat continuing story.

Buffalo 66 and Brown Bunny - Two of Vincent Gallo's movies, they don't necessarily need to be seen together, but I found it helpful. Gallo's style can be a bit frustrating, especially in BB where many of his camera shots are excrutiatingly long. BB is controversial only in that nobody in the viewing audience apparently is adult enough to handle a simple non-simulated sex scene without all sorts of media hype and criticism. Don't bother seeing the film just for that one scene, though; watch it for the incredibly boring overlong static shots, instead. 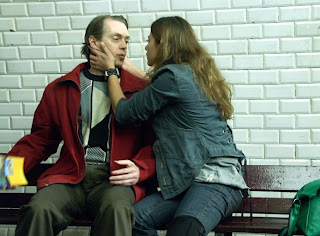 A special mention goes out to Paris Je T'aime, a collection of 18 short love stories by different directors, starring some major name actors. The nicest thing about this movie is that if you find any one story boring, you can go get yourself a soda and some chips from the kitchen and when you come back, it'll be wrapping up!
Posted by CT Bob at Tuesday, July 31, 2007 2 comments: