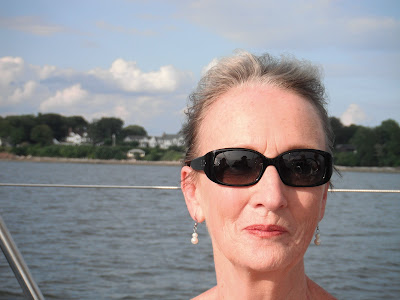 During a break in a night shoot at Trumbull’s Twin Brooks Park, I sat in the driver’s seat of a huge limousine next to the amazing Kathleen Chalfant, and we talked about the movie "Isn’t It Delicious?".

(As an aside, the limousine was a prop was used in the film; the actors all agreed to work under a SAG Ultra-low Budget agreement, meaning they were only receiving a pittance to act in the movie, and they all voluntarily gave up all the usual "star" perks like limos and personal trailers. Kathleen and the rest of the cast are involved in this movie purely as a labor of love.)

CT Bob: Hello Kathleen. Tell me, what drew you to do this movie?

Kathleen Chalfant: Well, I’ve known Michael Kelly (the Director) since 2002, when I met him and Suzanne (the film’s producer and Michael’s wife) at the very first meeting of Theaters Against War (www.thawaction.org), and at that meeting the idea of the Lysistrata Project came up. The idea was that you would do productions of Lysistrata all over the world. A year later Michael had decided to make a documentary about it (“Operation Lysistrata”) and I was involved with it.

We have been friends since, and about a year ago he sent me the script for this movie. I was involved in a play at Yale and didn’t read it right away, but Michael and Suzanne came to see the play and Suzanne asked me if I’d read it, so I went home that night and read the script and wrote back and said I really, really, really liked it!

CTB: What is it about the character (“Joan”) you’re playing that you like?

KC: Joan is a wonderful character, because she’s one of those impossible people that you come to love by the end of the movie and who learns something by the end of the movie. She has a real journey throughout the movie but she’s also fierce and funny and very smart and impossible, and she’s kind of a dream character to play. I can’t imagine in my life that I’ll ever get a better part to play than Joan, so I’d be a fool not to do it. It’s a great opportunity. 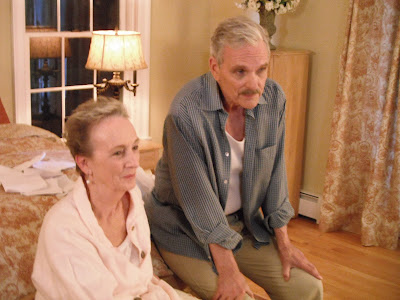 (Kathleen with Keir Dullea)
CTB: How is the cast to work with on this film?

KC: It’s a wonderful cast! Keir Dullea, Mia Dillon, Alice Ripley who just won a Tony (2009) for what you have to say was a towering performance in “Next To Normal”, and the younger actors are really, really good, who I didn’t know before. Jonah (Young), Nick (Stevenson), Ally (Mingione) are all really, really good young actors! The cast for this movie is extraordinary at this level.

And the other thing that Michael has done is to use people who are non-professional actors but they’re playing the things they do in life. Often that doesn’t work very well, but in this movie it’s worked extraordinarily well. Today for instance we just shot a scene with Phil (Hines), who is a member of the Trumbull (CT) Police Department, and he was a swell policeman on camera as well. 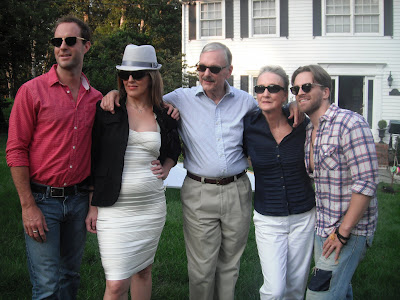 (L-R Nick Stevenson, Alice Ripley, Keir Dullea, Kathleen Chalfant, Jonah Young)
CTB: What do you think of the way Michael is putting together this film, with it’s certain look and certain feel for such a ridiculously small budget?

KC: Well, it’s astounding what Michael and the producers have managed to beg and borrow because this is a movie with a budget of around $200,000, and we shot scenes on a fifty-one foot sailboat, tonight we’re doing a crane shot, we have the same model camera that shot “The King’s Speech”, we have a spectacular Art Department that consists of one indefatigable person named Chris Hancock, who has managed to transform raw rental space into a million dollar apartment in New York City. And we have amazing cars; a top-of-the-line Mercedes and a Ferrari, along with a vintage MG and an amazing aquamarine Jeep, and we’re sitting right now in a huge stretch limo with a psychedelic roof (laughter), and it’s going to look good.

It’s also going to look good because we have the wonderful Axel Fischer (Director of Photography) joining us from Germany, and also a crew of camera, lighting and sound whom are for a large part products of the Connecticut Film Industry Training Program. And they’re 22 years old! (laughter) But they’re really good at it.

And I have to say there are a few other things, such as the make-up and wardrobe departments, which are departments that people often don’t pay enough attention to in the making of the movie but it is their work as much as anybody else’s that ends up on the screen. And in this movie continuity has been a huge issue because we haven’t shot in anything like in script order; we shoot based on the locations we can get, and they’ve done an astounding job.

CTB: So what’s next for Kathleen Chalfant after this movie wraps?

KC: Well, my very next project is a play with the World Performance Project at Yale called “Mesopotamia” about Gertrude Bell, who was an English Arabist in the teens and 20s and a friend of Lawrence of Arabia and Winston Churchill. The play is written by Robert Myers who is a playwright and also a teacher at the American University in Beirut, where my husband and I went to lecture last Thanksgiving. And then in the spring I’m going to do another movie.

CTB: Thank you so much Kathleen, and let me just say that it’s been an absolute pleasure working with you on this picture. 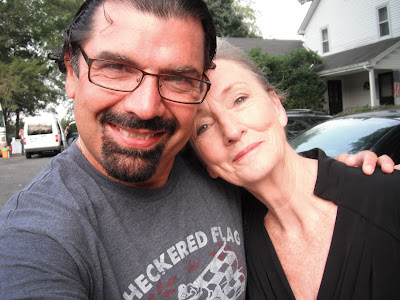 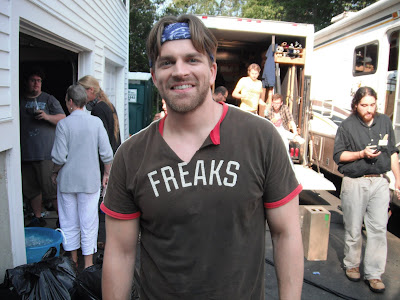 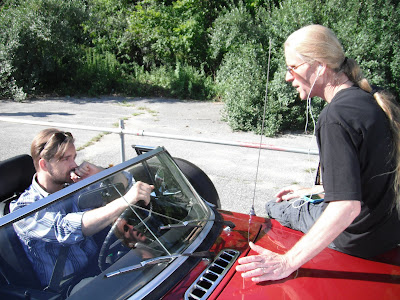 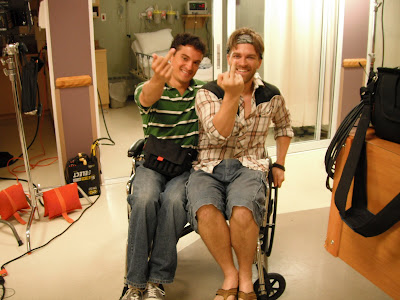