Photos from the weekend shoot

Here's some photos from the project we shot over the weekend. It's a pilot for "Jaki's Buzz", which we expect will be ready very soon. Don't worry, there's no spoilers here, except maybe for the fact that everyone worked like hell over the two days to successfully get all 19 pages of the script shot! 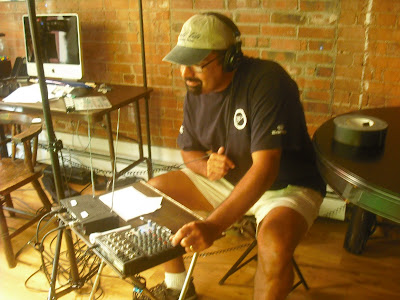 This is me in a totally posed shot, pretending to work the mixer that really never worked properly. We ended up recording directly to the camera, and used the on-camera settings to control the levels. To good effect, I should add. 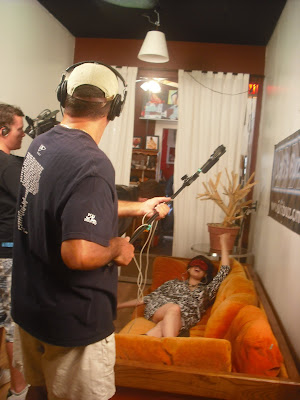 Booming a scene, with Alex Winter on camera shooting actress Crystal Aya. As the production crew had no sound equipment available, I loaned the use of my low-budget consumer-quality equipment to the show.

Above, I'm using my Rode Videomic attached to the upper arm of a mic stand, which extended about six feet and made a passable (but not very lightweight) boom pole. I also used my Nady Duet Encore wireless lavs for several scenes, but they were just a bit temperamental, so we tried to use the boom mic as much as possible. 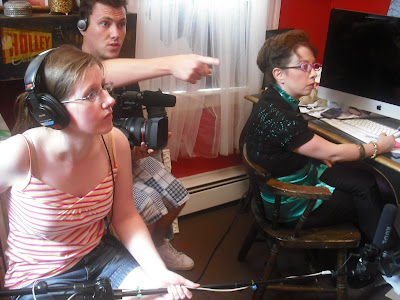 Colleen Ellis was the other part of the sound crew, helping with boom and utility. As I totally expected, she did a terrific job. That's Jaki on the right, listening to direction from off-screen. 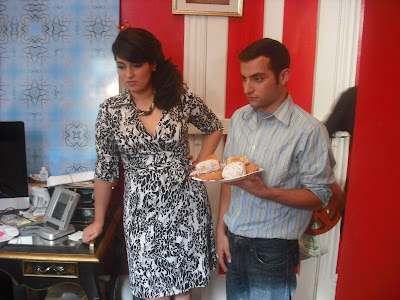 "Ooh, donuts!" Actor Brett Epstein joins Crystal for a scene in a room, which is roughly the size of a largish refrigerator box. How we got six people in there, I'll never know! 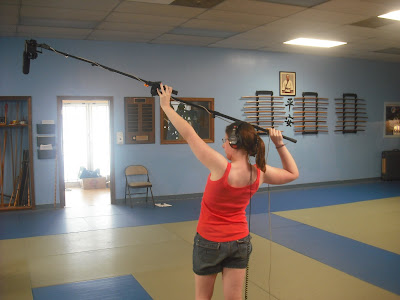 On location during the second day of the shoot, Colleen stretches out the boom to get a wider, more open sound. 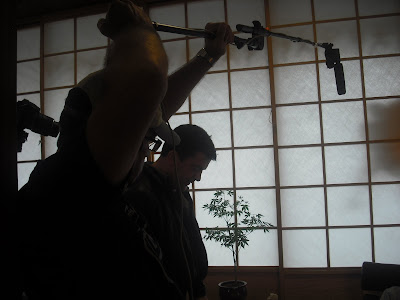 Cool photo of me booming a scene in silhouette. 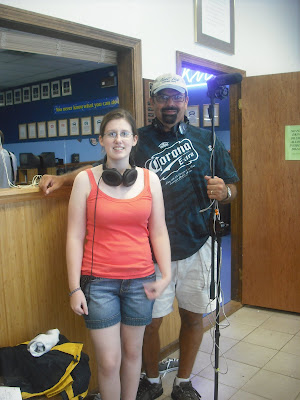 The sound dogs at the end of the exhaustive but fun two-day shoot!
Posted by CT Bob at Monday, August 23, 2010