"It's an honor just being nominated..."

Bullshit! I wanted to win, I wanted a statue of my very own, to hold, to display, to lord over everyone else who LOST! But NOOO-OOOO!

...ahem...what I meant to say is, Congratulations to Anthony, winner of the 2005 "Tommy" award for Public Access Excellence, in the Best Student PSA Category (Public Service Announcement). 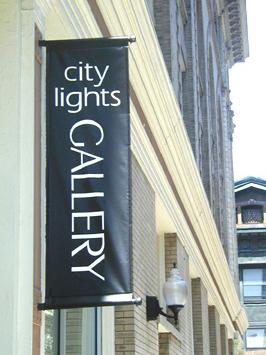 The "Tommys" were awarded by Soundview TV at a gala event Tuesday, starting with a wine and appetizers reception at the City Lights Gallery, followed by the Awards Extravaganza at the Playhouse On The Green in beautiful downtown Bridgeport. Tommys were given to the best producers of shows ranging from Entertainment, Community Affairs, Inspirational, Student PSA, and Technical, plus the Christopher M. Bowley Achiever of the Year Award, given to the one who achieves excellence in community access. 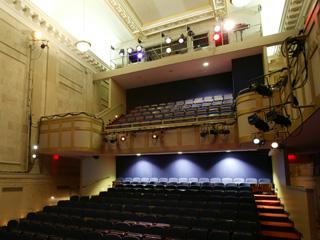 Now, I'd known for weeks now that Anthony was nominated for Best PSA, and we decided to attend with awards with our families. Anthony brought his wife Mary and son Brian, and Joyce accompanied me. Ant was a bit nervous but looked dapper in his double-breasted suit straight out of GQ. Even Brian was looking sharp, in his little tie. Joyce and Mary both obviously love purple, because they were color coordinated. The reception was fun, but I could see Anthony was a little nervous.

We walked the half-block to the theatre, and as we reached our seats I opened my program that listed the nominees. Holy shit! My PSA was nominated also, with two others! I had absolutely NO idea I was in the running! If I'd known, I could have started hating Ant WEEKS ago, instead of now!

I leaned over and pointed it out to him. He smiled and said "Good luck, dude!" Damn, why does he have to be nice when I'm trying to work up a good competitive hatred?

But then I calmed down and realized that I knew Ant's PSA was far better than mine. You see, the PSA is a sort of practical final exam for the field producer's course at Soundview; you have to produce one to graduate. So I threw together some nonsense about voting, it being weeks before the '04 election. It didn't help; Bush won anyway.

Anthony literally took WEEKS putting together what was essentially a 40-second work of art on the subject of drunk driving. He agonized for days about finding one exact sound effect; that's the level of effort he put into the production. I knew in my heart that his was way better than mine, so I was hoping he'd win it. Anyway, it's an honor just to be nominated, right? 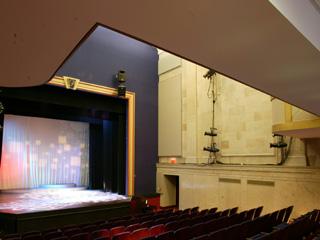 Then it got to the point where the PSA award would be announced. As they read the names of us nominees, I panicked for a nanosecond because I didn't have any idea what to say if I won. Then I came back to reality and waited for Ant's name to be called. I gave Ant the ol' thumbs-up as we held our breath.

"And the winner is....(drum roll)....Anthony Rodriguez, for "Drunk Driving"!" The place exploded in applause, and as Ant stood and made his way toward the stage his PSA was played on the giant screen on the stage.

The seriousness of the PSA soon quieted the room, and you could hear Ant's voice narrating the video. Near the end of the PSA, you see a close-up of my hand reaching for a drink on a table, and Ant's hand grabs my wrist. He holds out his other hand, and I give him my car keys. Just before the fade-out, I yelled, "That was my arm!" I got a huge laugh as Ant reached the stage (I'm such an attention whore, I simply couldn't keep my mouth shut during his moment in the spotlight.)

Anthony gave a very nice acceptance speech, and he thanked me as a "good production partner and talented hand actor" or something like that; good line, dude. 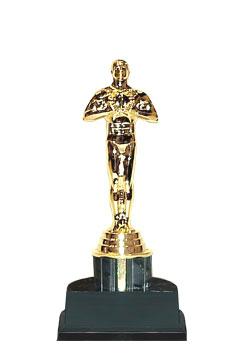 The rest of the ceremony Ant held the statue like it was a winning lotto ticket. After, when we shuffled out to the lobby for dessert and coffee, I asked if I could look at the statue. I pretended to read the inscription, then acted surprised as I said, "Did you know they spelled Rodriguez with a Q?" (Trivia: that happened in "Boogie Nights", when Luis Guzman and his brothers unveiled the huge neon sign for their niteclub). Ant yelled "No way!", but he grabbed the statue back for a close look, while I gaffawed in my usual tactless way.

It was quite a night, and I'm truly thrilled that Ant won the award. I've even learned that it can be more fun to see a friend win than to win something yourself.


(Note: I'll have pictures of the actual event here in a week or two)
Posted by CT Bob at Thursday, November 17, 2005

Wow! Jane Hamsher mentioned me (with a link) in her blog firedoglake, and already today I've gotten more hits than in the last month! Go visit firedoglake (link at right).

If you visited from fdl today, please leave a quick comment.

Nice one lad,even to be nominated is class,at least you got mentioned!

Thanks Gazza! We had a fun time, it was even sort of like going to the Academy Awards, without the papparazzi.