Can you hear me Major Tom?

Here at Mission Control we anticipate all systems go for launch at exactly 8:01 AM EDT this Saturday. Mission specialists are busily preparing for this, the first flight of the new millenium. The world anxiously awaits to hear news of a successfull launch, and media representatives are swarming to this small New England city for the historic event. 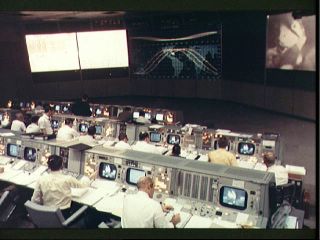 Photo courtesy NASA at http://images.jsc.nasa.gov/
All of the world's faiths have joined together in wishing the mission well. The new ex-Nazi pope has blessed the launch pad; Billy Graham will say a prayer on National TV; the Dalai Lama sends his holy blessings; Voodoo queen Marie Laveau sacrificed a chicken; and Mission Specialist/Filmmaker Bob Adams consulted his Magic 8-ball. 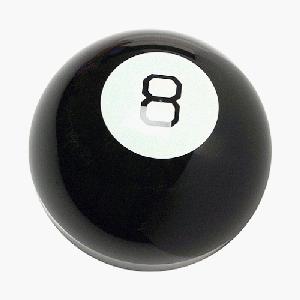 Adams received a somewhat ambiguous reply, "Ask again later", from the mass-produced divining tool/toy. Portions of the destroyed 8-ball were later recoved from the street in front of Mission Control.

Undeterred by this minor setback, he has forcefully stated for the record that he will meet the brutal timetable created by the agency, and that he fully intends to proceed "...balls to the wall!"

When asked what he meant by that statement, Adams snorted, gave the reporter a withering look, and skulked off to resume his preparations for the launch.
Posted by CT Bob at Tuesday, April 19, 2005