No, really, I promise I've been doing movie stuff! 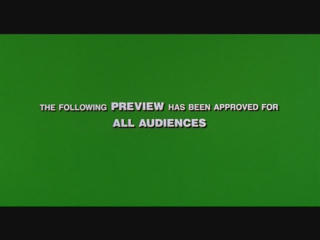 For instance, we've secured a time slot for "Grandma's Kitchen"; we have 13 weeks of Mondays at 7PM, which is Prime Time for our "target audience". I know it sounds impressive that we have a "target audience", that's why I said it. You're thinking we've invested loads of effort into market research, business planning and consumer auditing. If you were a bigtime network executive, you might even think something like "This guy really knows what he's doing! He's a real go-getter! Quick, let's give him a deal before somebody else snaps him up!"

To be completely truthful, I don't have any idea what our target audience consists of. I'm sure there are people involved somewhere along the line, but beyond that, I'm kind of guessing. Since it's a cooking show, we hope to appeal to people who eat. I've heard that lots of people eat. There's the start point of our audience research, and we'll go from there.

We expect to broadcast within a couple of weeks. We'll have a big party at my house to celebrate our premier, and beyond that we'll continue with our other projects. Like finishing the reshoots and editing "Death Knocks". And shooting some other stuff; this weekend I'm going to document our boating excursion to Port Jefferson. (If you haven't yet, take a look at my sailing blog at Full Tilt Sailing Team Blog; I'll post details there early next week)

Also, today I received the DVD burner I ordered over the Internets. Fuckin' YEAH! I've been essentially crippled by not having any way to easily transfer video files off my computer, so now I can burn finished DVDs for broadcast and distribution.

Have you tried a programe called DVD SANTA it converts movie files to dvd(vob) ands simple to use?