Buy the ticket, take the ride!

Last night we had an audition; we have another two scheduled for Friday and Monday. I'm getting constant emails from actors who want to try out for our short. It's cool.

We had fun with the audition. It's the first time we actually heard real people saying the lines written in the script. Anthony read with our actor. Anthony wrote the script, and he acted his part with obvious relish. He was really selling the script, probably because he knows that I'm not real happy about having to squeeze a four-page scene into the short. 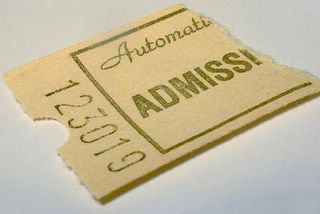 But man, did he get into the role! I didn't know he could act, but I was impressed. The guy's a frickin' Hispanic Olivier! I should'a sold tickets!

At the very least he can be an emergency actor whenever we need one. It's good to have a backup available!
Posted by CT Bob at Wednesday, March 30, 2005