Day 4 dawned cold and gloomy. Until we got into class, where the students were anticipating another awesome day of learning about the screen trade. 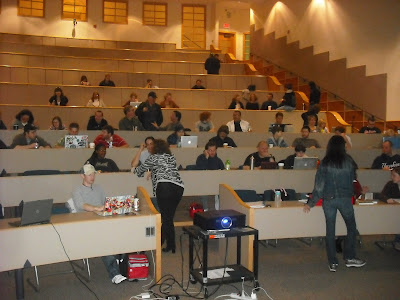 Just before the start of class. A lot of the students have professional experience, so we're all networking with each other and exchanging information. Since, as we're learning, it's not only what you know, but sometimes getting a job depends on who you know!

Then, the morning lecture was about Grip and Electric, hosted by Micheal Barrow (lighting) and Garrett Boehling (grip).

After lunch, Richard Dobbs, the director of the short film we're going to make during the last week, stopped in and said a few words to the class. 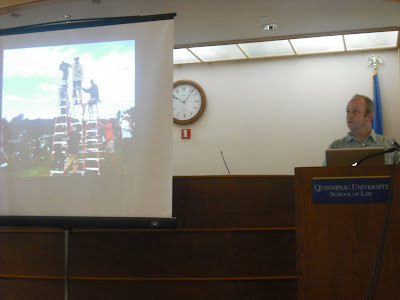 The afternoon lecture was on Props and Set Dressing, hosted by Jonathan Tessler (props) and Jim Kent (set dressing). Jim had probably the best line of the entire course so far, when he said (referring to film school education):

This is exactly why this course is so valuable, because it teaches the sort of practical knowledge that will create a viable film industry workforce here, rather than simply a bunch of people who only want to be the "main man". 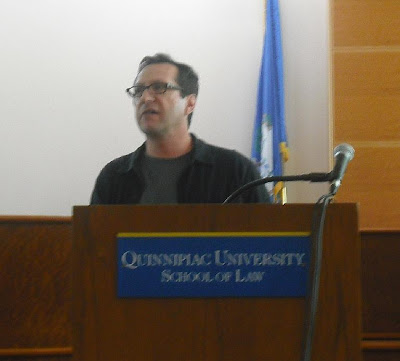 Tomorrow we finish up the final two subjects (or "crafts", as each discipline is called) before we break up into our individual crafts for two weeks of intensive focused study starting on Monday.